It’s Monday! What Are You Reading? a place to meet up and share what you have been, and are about to be reading over the week. It’s a great post to organise yourself. It’s an opportunity to visit and comment and er… add to your groaning TBR pile! So welcome in everyone. This meme started on J Kaye’s blog and then was hosted by Sheila from Book Journey. Sheila then passed it on to Kathryn at The Book Date.

Its the last week of May, and once again I can’t believe how fast this month is flying away, but also how long each day seems to last. Its a sort of irony I really can’t wrap my head around.

I have been reading at a feverish pace this entire month, and I think I am hitting a sliiiiiight slump. I’m still reading a lot, but I’m not really deriving the same pleasure from it anymore. I’m planning to shake things up by picking up a non-fiction, as that is something that gets me back on track.

Related: How to Get Out of a Reading Slump| 10 Tips and Tricks

WHAT I READ LAST WEEK

WHAT I AM READING NOW

Quiet: The Power of Introverts in a World That Can’t Stop Talking by Susan Cain

The book that started the Quiet Revolution

At least one-third of the people we know are introverts. They are the ones who prefer listening to speaking; who innovate and create but dislike self-promotion; who favor working on their own over working in teams. It is to introverts, Rosa Parks, Chopin, Dr. Seuss, Steve Wozniak, that we owe many of the great contributions to …more

The Night Circus by Erin Morgenstern

The circus arrives without warning. No announcements precede it. It is simply there, when yesterday it was not. Within the black-and-white striped canvas tents is an utterly unique experience full of breathtaking amazements. It is called Le Cirque des Rêves, and it is only open at night.

But behind the scenes, a fierce competition is underway, a duel between two young …more

When No One is Watching by Alyssa Cole

Rear Window meets Get Out in this gripping thriller from a critically acclaimed and New York Times Notable author, in which the gentrification of a Brooklyn neighborhood takes on a sinister new meaning…

Sydney Green is Brooklyn born and raised, but her beloved neighborhood seems to change every time she blinks. Condos are sprouting like weeds, FOR SALE signs are popping up …more

Daisy Jones and the Six by Taylor Jenkins Reid

Everyone knows Daisy Jones & The Six: The band’s album Aurora came to define the rock ‘n’ roll era of the late seventies, and an entire generation of girls wanted to grow up to be Daisy. But no one knows the reason behind the group’s split on the night of their final concert at Chicago Stadium on July 12, 1979 . . . until now.

Daisy is a girl coming of age in L.A. in the la …more

Japan’s most highly regarded novelist now vaults into the first ranks of international fiction writers with this heroically imaginative novel, which is at once a detective story, an account of a disintegrating marriage, and an excavation of the buried secrets of World War II.

In a Tokyo suburb a young man named Toru Okada searches for his wife’s missing cat. Soon he finds …more

What are you reading now? What do you plan to read next?

Link you #IMWAYR posts below and I will check them out.

Welcome to my blog!

Hey there! I am Aayushi, a twenty something living on books, coffee and daydreaming. I dream of visiting all the beautiful bookstores of the world and having my own library some day. I love travelling, drinking coffee and working out. Thanks for dropping by. Happy reading!

If you’d like to support me and my work here on My Bookish Banter, consider using my affiliate links or dropping over at my Ko-Fi. 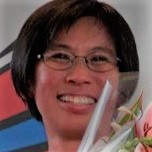 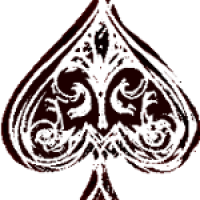 Stalk me on Twitter and I will stalk you back ;)

Aayushi's ReaderRank
Aayushi has reviewed 56 books with an average rating of 3.911 out of 5.
See more...

Top 50% based on reading volume

Light of the Bookworm

'just a nobody with a blog'

Hannah's book blog. This is my place where I share my favourite reads and chat about books.

News. Reviews and everything that is happening in the world of YA books.

Your place for book reviews, TV show recommendationsand everything that makes a fangirl happy.

A Hammock Full of YA Book Recommendations and Ravings

Thoughts and Musings on my current reads

The place to discover fine new books to read